in 1983, I had the opportunity to work directly on a feature film as a technical advisor; I jumped at it. This experience certainly encouraged me to push the cinematic aspect of my work. The film was James Toback’s EXPOSED starring Rudolf Nureyev and Nastassja Kinski. The actor Ian McShane plays a fashion photographer, Greg Miller, a character directly modelled on myself, the fashion photographer. The images of Nastassja were for an exhibition featuring the photographer’s work. The photos remain some of my most cinematic of that period. They also offered me the opportunity to explore sexuality in a way that was impossible with Vogue at the time. However, I was constantly pushing this aspect of humanity in all my work.

In 1985 I opened my film company, Jupiter Films. I thought this would be the perfect vehicle to support my ambitions to develop film projects satisfying my intellectual, emotional and creative needs.

One of the first films I did was a video for Donna Karan. It gave me what I was looking for, the ability to create cinematic visuals with a narrative for the fashion world. “….Denis gave this woman texture, movement, and emotion. He communicated her inner and outer worlds. She always comes first, never the clothes….” Donna Karan 2011

The film was an extension of the many still images I had created for Donna. With these campaigns, I worked with Rosemary McGrotha, who literary took on playing Donna. We spent many hours interviewing Donna and photographing her during her regular days to capture the essence of what the campaign would represent. Rosemary was perfect, taking on the various roles and participating wholeheartedly in the adventure. With this campaign, we introduced DK to the U.S.A. and the world.

Not long after this, I decided to take my cinematic efforts one step further. I shot with a cinematic camera with the possibility of shooting single frames. It did two series like this, one which we put together as a commercial to promote French Vogue. The commercial never shown publicly remains an enigmatic piece of that period, sensual and controversial, meant to shock the spectators and stimulate purchasing the latest issue through curiosity and perversity.

I wanted to expand my horizons beyond commercial work, where I was not selling clothing or a product but developing ideas. My first feature film project, “Love is Blind”, was a product of my need to move beyond fashion. The film followed a blind couple for the first year of their married life. Ever since, I’ve concentrated on personal projects, hoping to create the world as I’d like it to be. 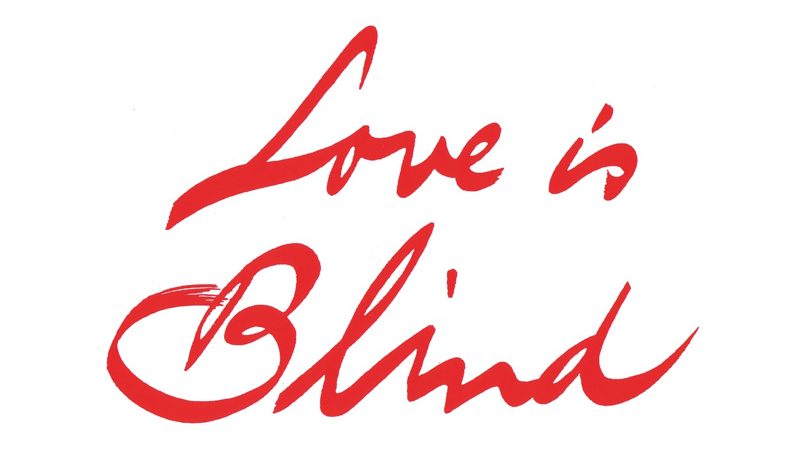 Paul Cox the Australian filmmaker after seeing Love is Blind wrote to me personally: 3rd Oct 2005

Looking at “Love is Blind” I’m most impressed! In a way the first reality show……………You made an interesting and courageous departure from the world of commerce and emptiness in your life. Few people have the guts and vision to do this…..

I feel more than ever it is pertinent.

FACESCAPES reveals the commonality of the human condition, a way of looking at the mileage of the human clock. FACESCAPES offers a new way of defining ourselves, a way for us to look at our commonality: the primary bottom-line needs that ultimately define us, beyond our ancestry, religion, language, history, customs or institutions, to understand ourselves beyond Nationalism.

Today with Nationalism taking an isolationist point of view, it seems necessary to remind ourselves we are all one. Our strengths are multiplied by this, not by isolating us from each other.

With FACESCAPES, I try to follow a humanist tradition of getting in close on the subject, creating landscapes of faces, faces as a field, revealing contours and valleys like an aerial view of any terrain. An aerial view of our humanity.

We are all one race born from the same material.

“The children of Adam are limbs to each other, having been created of one essence.” The poet Saadi Shirazi.

There is a real message of peace: we are all ‘us’!

This project has taken me to a village in China, one in Australia, and the town of Lempaut in France.

FACESCAPES TRANSISTIONS video is part of Piel’s project, FACESCAPES where he follows a humanist tradition of getting in close on the subject, creating landscapes of faces, faces as a field, revealing contours and valleys like an aerial view of any terrain. But behind these abstractions piel’s desire is to reveal the commonality of the human condition, a way of looking at the mileage of the human clock.

Shown at The Museo de Traje in Lisbon where the curator, Madalena Traz Teixeira is quoted in the catalogue, ”…..our faces are themselves unusual, fascinating and original. As landscapes, they are physical and spiritual works of art…”

FLY ON THE WALL is a biography of Max, a fashion photographer. From the tragic loss of his bride to his involvement in the NSA, (National Security Agency), it traces the events, places and people that helped make him one of the great fashion photographers of his time. It is a story that juxtaposes sex, beautiful people, high fashion, limousines and luxury hotels with life on the back roads of politically isolated countries and his double life as an agent. He moves from the extravagance of caviar and suites at the Ritz, to the simplicity of a bed of wooden boards and rice water in a small fishing village off the coast of China.

It is the story of a man re-finding the values in his life.

Follows the sexual adventures of many diverse individuals with chance encounters.

A couple, both Political refugees wanted by the Italian Government escape to Africa. There they remake their life. He becomes a mercenary for a renegade group out of South Africa. Whilst he negotiates through the wars of various African States, she raises their family in a primitive African village. It is story of extremes and of love as few people ever experience.

Daly and Brett, two close friends in their late 40’s, fall in love with a young actress named Gemma. Tension mounts. Brett is murdered late one night in the subway. Gemma flees unable to cope. Daly, a novelist, escapes into his writing. Fact and fiction intertwine in Daly’s mind. Iora, an ethnomusicologist enters Daly’s life. They fall in love but Brett’s death infects their happiness. Iora uses her research skills in an attempt to untangle the mystery surrounding Brett’s death.

with the author, Luke Rhinehart to make the book DICEMEN into a feature film

A Select of TV COMMERCIALS